Started Doxil yesterday. Navelbine did not halt the steady progression on my pleura. Although my bones have shown little progression since the initial metastatic diagnosis three years ago and my liver has been stable for over a year, the pleura of my right lung will not quit raging. 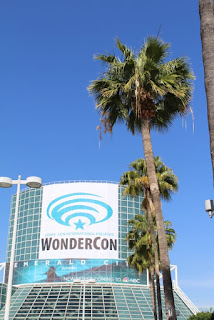 The latest installment in the tsunami of metastatic disease began at the end of March. I was at WonderCon in LA and I was having difficulty walking. Every time I walked 10 steps, it felt like my heart would burst. I also started coughing. By the time I got back to Denver, I was in trouble. I called the nurse and she made an appointment with the oncology NP for as soon as I could get there. An x-ray showed the lung almost completely collapsed. There was a sliver of air but the rest was filled with fluid. The NP walked me over to the Emergency Department and a troop of doctors in training were brought into admire the x-ray.

Draining the lung (thoracentesis) made me feel a bit better. Basically, they put a small catheter into the space around the lungs and gently siphon off the fluid. I coughed all the way through the procedure. This was not a gentle cough. This was coughing like your lung is deciding whether to even stay in the chest cavity. It felt like I was drowning and every time I spluttered to the surface, down I would go again. After about a half-hour, I was one liter and two pounds lighter and they stopped. A few days later, it was back for a liter-and-a-half. After that it was two liters a week until I finished the semester, went to a conference, walked in a 10k and had time to schedule surgery. 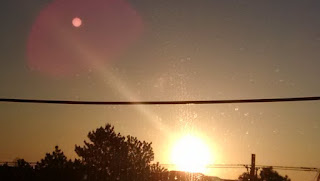 Before the surgeon could add the talc, he first drained three more liters from the lung. (The total capacity of a lung is three-and-a-half-liters.) The surgeon is quite a dour young man and I was greeted in the recovery room with the news that my lung had not expanded and the surgery was unlikely to be a complete success. I pretty much flipped out on the inside then though I managed to nod with some semblance of a normal person. In my defense, I was groggy and vomiting from the anesthetic, and had tubes and wires escaping from my entire body. Four anti-emetics later, I was calm enough for a chest xray and the good news that the lung was unfurling.

I really didn’t like the morphine IV and asked them to take it down and just give me an Aleve. Of course they wouldn’t until I had gone 24 hours without hitting the lalaland button on the IV. Now, I’m no stoic when it comes to pain. I’ll reach for a NSAID as fast as the next person but this was honestly not that painful. Sure, the drain pinched when I moved or coughed but this was not “bring on the good drugs” kind of pain. After all, the lungs have no pain receptors. One of the nurses told me that most patients with the exact same surgery are screaming for analgesia every two hours. Some people just like drugs. The siren song of psychoactive drugs is just irresistible for some people.

Where am I now?

I have a lot of edema. When I spend time on my feet, they swell up so much, my balance is affected. I’m still short of breath and struggle to walk at a normal pace. I still have a temporary drain (pleurx catheter) and I’m on a schedule to drain the lung weekly. Hardly any fluid is draining so that should come out soon. Having a tube hanging out your chest is pitiful. You can’t swim or get it wet so no soaking in the hot tub. If my options had been a weekly thoracentisis or a pleurx catheter, the thoracentisis would win every time.

Coughing has still been awesome. It reminds me of having whooping cough as a child. So off I went for a chest xray and I have pneumonia so no 4-miler for me on July 4.
Posted by Unknown at 6:13 PM 4 comments: